The Ice, Cloud and land Elevation Satellite-2, or ICESat-2, will direct six lasers at sheets of ice and glaciers in the Arctic and Antarctica to gather data on how they are changing. The smart-car-sized laser tool, known as the Advanced Topographic Laser Altimeter System, will be able to measure ice height and slope.

“With sea ice, we’ve been able to measure the extent (or area) really well since about 1980 … but what we haven’t been able to measure is the thickness,” NASA’s deputy project scientist for the mission Tom Neumann told The Guardian. “Thickness is a key piece of the puzzle because thinner sea ice is broken up more easily by storms.”

The $1 billion satellite was launched into space Sept. 15.

A study published in the journal Nature in June said global warming has caused over 3 trillion tons of ice to melt from Antarctica in the past quarter-century and tripled ice loss there in the past decade. An April study said if the world warms 7.2 degrees this century, the Arctic will likely have a three-month, ice-free period each summer by 2050.

“With this mission we continue humankind’s exploration of the remote polar regions of our planet and advance our understanding of how ongoing changes of Earth’s ice cover at the poles and elsewhere will affect lives around the world, now and in the future,” Thomas Zurbuchen, associate administrator of NASA’s Science Mission Directorate, said at the ICESat-2 launch. 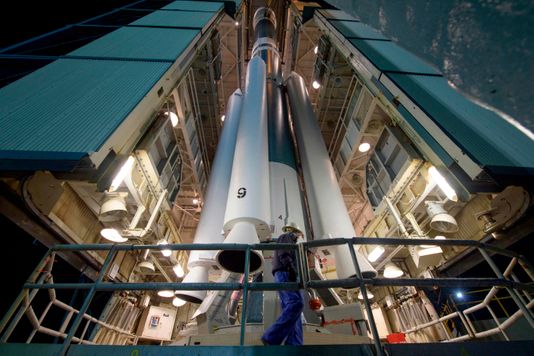