The Department of Veterans Affairs can now back VA loans that exceed the conforming loan limit, as a bill eliminating this cap was signed into law by President Donald Trump on Tuesday night.

The Blue Water Navy Vietnam Veterans Act allows homebuyers to borrow above the 2019 limit of $484,350 for most counties without any down payment. 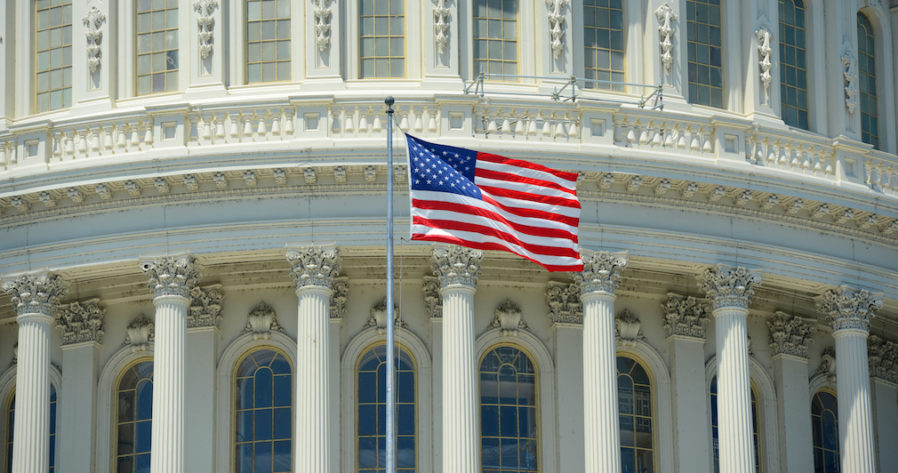 The move comes after a decades-long fight for veterans to receive health care benefits for diseases related to Agent Orange exposure, according to military.com, which said the bill will “fast-track disability compensation” for as many as 90,000 affected former service members.

In an earlier draft of the bill, the cost of these benefits were to be financed by raising VA loan fees 0.35% to 0.5% for non-disabled veterans, according to military.com.

But trade groups like the National Association of Realtors lobbied against such an increase, and as a result, the approved bill reduces the proposed fee increases. But, it does not completely eliminate a bump in fees for VA loans.

NAR president John Smaby said the association teamed with other housing industry trade groups to ensure veteran benefits would be extended without a significant increase to VA loan fees.

“Realtors support efforts to boost veteran participation in this program, but we also believe VA loan guarantee fees should be based on the risk of the loan made, not the costs of other VA programs or benefits,” Smaby said.

“As we aim to ensure our nation’s veterans have every possible opportunity to achieve the American Dream of homeownership, the National Association of Realtors has remained a strong supporter of the VA home loan guaranty program,” said Smaby. “This vital tool encourages private lenders to offer favorable home loan terms to qualified veterans and provides a much-needed resource to those who have sacrificed so much for this country.”

END_OF_DOCUMENT_TOKEN_TO_BE_REPLACED

Preparing Your Pool for a HurricaneHow to Prepare Your Pool for a Storm Don’t Drain the Pool When extended rains raise the water table, hydrostatic pressure will build to a point where it can push on the pool and pop it out of the ground or push a vinyl liner off the...

END_OF_DOCUMENT_TOKEN_TO_BE_REPLACED

Boil Water Notice in Effect South of Fifth Avenue in Indialantic Posted August 15, 2019 BREVARD COUNTY, FLORIDA – A water main break on Wednesday evening has prompted the City of Melbourne to issue a precautionary boil water notice for the following areas: •...